As the world commemorates the centenary of the First World War and the US begins to grudgingly do the same for its entry, it is worth looking at what America thought it was, what it was fighting for in 1917, and what it has become in 2017.

It is a nation that has always struggled with its role as a magnet for immigrants, at once extolling the virtues of the golden door that is America, and then challenging the right of immigrants to be in the country. It has changed from a nation afraid of what a large standing army meant for democracy and its citizens, to a country steeped in militarism run amok. Over the last year, the US has seen an increase in hyper-patriotism and anti-immigrant feelings. Simmering for decades, these feelings have finally bubbled to the surface with the championing of numerous voices from the White House.

On Armistice Day in 1926, President Calvin Coolidge dedicated the National Memorial to the First Word War, in Kansas City, Missouri. In his speech, he drew attention to the spirit of the American people. People who came from many races, spoke with different tongues, and came from different homelands had come together as one American army. This is one of the great unsung moments in American history.

In 1914, America was still very much a nation of immigrants. About one-third of the population was foreign-born or had at least one foreign-born parent; seventy percent of white recruits had been in the US for less than ten years, and thirty percent had been in the country for less than five years. When the nation called on its citizens to defend its values, it did not distinguish between immigrants and the native-born, the one caveat being Germans and Austro-Hungarians, who only had to renounce their citizenship to those countries to serve in the US military. Prudently, Wilson had made the decision to not ask for individual volunteers, but instead to draft all American men of military age; native-born citizens, immigrants, African-Americans, the list goes on and on. All were drafted to defend their country.

Throughout the history of the United States, immigration had been both a source of strength and a source of division. The Irish, Italians, Chinese, Japanese all contributed significantly to the American economy, but all were, at one time or another, demonised for reasons as varied as driving down wages, or where they came from. But in 1917, the US government made no distinction in its citizens’ backgrounds, and as a result, the US military provided a form of ‘Americanization’ for its immigrant members, teaching them reading, writing, US history, and government.

One of the tenets of President Wilson’s call to arms was the need to end militarism, making the world safe for peace and democracy. Indeed, one of the many reasons people immigrated to the US was because it did not have conscription, a fact that was used in pro-immigrant political cartoons and advertisements. The rise of Nazism and Fascism, the Second World War, and the Cold War ended hopes of a world where an army and navy were not needed.

The victories against Nazi Germany and Imperial Japan brought the United States to a new crossroads: one that Wilson had warned against in 1917 when he warned that in order to win the war against Germany, America would have to itself militarise – a change that he feared would alter the country forever.

The need in 1941 to again raise a massive army to defeat its foes was quickly followed by the need to maintain that very same army to contain the spread of communism. Wilson’s prediction had come true. By 2017 the United States had become one of the most militarised countries in the world spending more on its defense than the next eight countries combined. The lack of conscription and the reliance on an all-volunteer force has the American military advertising itself on television, radio and print advertisements. Its military bases dot every state in the Union and many countries around the world. Of the current 1.3 million active-duty soldiers serving in the US military, more than five percent (65,000) are immigrants.

The United States has certainly changed a lot since Wilson took the country to war in 1917. It has transformed from a country worried that a standing army would lead to a return to the despotism of Europe to a country where its citizens question each other’s patriotism based on how much or how little they ‘support the troops.’

Whereas in 1802 Congress debated the wisdom of creating a military academy (now known simply as West Point), by the twenty-first century the US had become a country where mere discussion about cutting the military budget in any meaningful way is viewed as virtually treasonous. Calls for universal conscription have also increased in recent years as Americans try to find a way to deal with what is seen as their ever-more diverse population and the never-ending War on Terrorism.

President Coolidge’s speech came at a time when nativism was surging much as it is today in America. But that president took the time to remind Americans that ‘unity ought always to be cherished as one of our choicest possessions. In this broad land of ours there is enough for everybody. We ought not to regret our diversifications, but rather rejoice in it. We had revealed to us in our time of peril not only the geographical unity of our country, but, what was of even more importance, the unity of the spirit of our people.’

Justin Quinn Olmstead is Assistant Professor of History and Director of History Education at the University of Central Oklahoma. He is the editor of Reconsidering Peace and Patriotism during the First World War and his forthcoming book with Boydell & Brewer The United States Entry into the First World War: The Role of British and German Diplomacy will be out in 2018. His research interests include Diplomacy, War & Society, International Law, and the First World War. Justin undertook his PhD at the University of Sheffield – you can find Justin on Twitter @OlmsteadJustin.
Image: National World War I Museum and Memorial in Kansas City, Missouri. A National Historic Landmark, this photo from 2014 shows the main entrance to the museum as of it’s reopening in 2006 [via WikiCommons].
Tags : AmericaAmerican entry into WW1American historyAmerican immigrationAmerican political historyCalvin CoolidgeFirst World War Centenaryhistory of immigrationImmigration and warPresident Calvin CoolidgeremembranceRemembrance Dayworld war 1 centenaryWWI
previous article 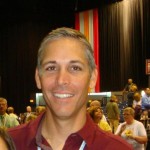