It has been an oft-quoted refrain since the coronavirus pandemic arrived in Europe: along with much of the rest of the world, Britain and the continent face a looming recession on a scale that hasn’t been witnessed since the 1930s. The first half of this inauspicious decade saw a collapse in overseas investment and profits, a rapid rise in unemployment, and yawning financial uncertainty for ordinary people.

Across the globe, the Great Depression also threw up challenges to democracies and some didn’t survive. The spectre of far-right nationalism, feeding on the misery of the masses, rose once again to undermine the spirit of international cooperation and optimism that had come to define the 1920s.

Britain’s political system, though, while certainly tested by the economic downturn, remained remarkably resilient to the kinds of forces that swept away Taisho Japan, Weimar Germany, and the Second Spanish Republic. British democracy – if it can be labelled as such – had been longer in the making and its political institutions were more robust than those in the aforementioned countries. But one organization often ignored by historians and political scientists which played a key role in helping to maintain at least the appearance of order and stability in these difficult years was the House of Windsor.

What exactly did the crown do and what might the current monarchy learn from the lessons of the 1930s in adjusting to a period that may one day be referred to as the Second Great Depression?

Beginning in the years immediately before the first world war, King George V and his courtiers carefully enlarged the sphere of royal altruism so that it touched more working-class people’s lives than ever before. This formed part of a conscious effort to promote social cohesion in a period marked by a surge in class conflict.

Royal philanthropy grew in importance on the home and western fronts between 1914 and 1918 and, in the wake of the economic slump that followed the Wall Street Crash of 1929, the Windsors increased their efforts to help those subjects who they deemed most in need of attention. For example, the royals set up relief funds for unemployed men and their families who had, often overnight, lost breadwinner wage packets.

Historian Frank Prochaska sees the 1930s as key to the emergence of what he terms a ‘welfare monarchy’. Since 1917, courtiers had worried about the allure of communism among what they perceived as a politically restless and unreliable proletariat. Driven by renewed fears of revolution in the early 1930s, the Windsors used philanthropy to cultivate closer ties with working-class communities in the hope that it would reduce feelings of disaffection and thus help to ensure the maintenance of the status quo.

Unfortunately for the current royal family, it will take a more concerted effort from the UK’s central government to deal with the crisis that lies ahead that will likely leave little room for philanthropic endeavour. It is also imperative that the royals avoid entangling themselves with contentious policies that might otherwise undermine the monarchy’s claims to political impartiality.

One such area no longer deemed to be taboo or politically contentious (which the monarchy has thus leapt on) is Britain’s mental health. The 2008 economic crisis led to a programme of austerity which saw government reduce real-terms spending on mental health services, and into this gap popped Princes William and Harry.[1]

We can be sure that palace courtiers are already searching for similar gaps in the current government’s Covid-19 recovery programme that younger members of the royal family can look to fill through new kinds of public service, thus ensuring their own meaningful survival – as was the case in the 1930s.

It was the Great Depression that also led the king to deliver the first ever Christmas broadcast to his peoples in Britain and across the empire in 1932. Again, the aim was to offer words of reassurance and comfort at a time of great difficulty. And it seems that he largely succeeded: the concern George V communicated for his people in his radio messages strengthened the emotional bonds that connected many of them to him and this, in turn, ensured their loyalty to the throne upon which he sat, and to the royal democracy over which he presided.

Since the coronavirus arrived on these shores, we’ve already had two such messages from Elizabeth II, where she has sought to offer encouragement to her people and bring the British nation – however fleetingly – together as one.

As we move into what seems to be an increasingly uncertain future, we will hear much more from the Windsors as they attempt to invoke a spirit of national unity and togetherness. But at the same time the royals must ensure that such sentiments do not err on the banal through repetition and that messages imploring solidarity do not ignore the inequalities that separate the lives of the privileged from the lives of the ordinary people who will be the ones to suffer most because of joblessness, cuts in public spending, and tax increases.

Finally, the downturn of the 1930s saw George V and his kin take on more direct roles in trying to stabilize Britain’s economic and political systems. Younger royals carved out roles as trade emissaries promoting new economic relationships with South American countries while also acting as advocates for an older system of imperial preference.

There have recently been calls for the return of a royal yacht that could transport the Windsor family across the world so that they can help ‘Global Britain’ forge new trading relationships. Given the cost to the taxpayer, these suggestions will likely fall on deaf ears, but that is not to say that the royals cannot work to try to improve the nation’s economic prospects by greasing the wheels of international diplomacy. We can expect many more visits of foreign dignitaries to Buckingham Palace and trips by a royal contingent led by Prince Charles to regions of the world deemed strategically important to the UK’s trading future.

Perhaps the most significant step taken by George V during the Great Depression was when he controversially oversaw the creation of a National Government in 1931 in order to restore confidence in Britain’s shaky finances. He succeeded, but this event split the Labour Party and destroyed its electoral chances.

It seems unlikely in the twenty-first century that a monarch would risk involving themselves in an episode as politically explosive as this, or whether they would even be able to given the reduction in the royal prerogative powers. But the last couple of years have taught us that we should never say never when it comes to British politics.

The UK’s uncodified constitution enables flexibility when it comes to the precise role played by the crown in affairs of state. If the monarch and their advisors were to arrive at the view that the government in power was no longer representing the interests of the public it was elected to serve, then it is possible to imagine that the palace could apply pressure on the leader of such an administration to step aside so that someone else might do a better job.

For now, we wait apprehensively to see how painful the coming recession will be, along with how many people’s livelihoods are destroyed as businesses close and the inevitable job losses follow. The monarchy has always had to search out new roles in order to justify its position in British society. While the next Great Depression will bring with it many challenges, it will also create opportunities for the House of Windsor to reinvent itself again as we move into a post-pandemic world.

Dr Ed Owens is a historian, royal commentator and public speaker. His recent publication, The Family Firm: Monarchy, Mass Media and the British Public, 1932-53’, is the first book in the New Historical Perspectives series, a new publishing initiative for early career researchers in collaboration with the Royal Historical Society, the Institute for Historical Research and the University of London Press. For queries please contact edowens@live.com or tweet to @DrEdOwens.

Cover image: The royal Christmas broadcast became an annual tradition because King George V wanted to reach out to his people in new ways during the difficult years of the Great Depression. The King delivering his Christmas broadcast, 1934. https://en.wikipedia.org/wiki/George_V#/media/File:Royal_broadcast,_Christmas_1934_(Our_Generation,_1938).jpg [Accessed 12 June 2020].

[1] Not only did the princes speak more openly about their mental wellbeing, they also set up new initiatives and promoted the work of existing charities to help people in need. The strategy was twofold: keep the monarchy relevant to people’s current concerns; and plug a hole left by government. Britain’s mental health will worsen as the nation finds itself beset by another financial crisis. It remains to be seen whether the current government takes a more urgent interest in this area thus potentially rendering royal patronage obsolete, or whether it continues in the tradition of the post-2010 administrations that left the UK’s mental health crisis to be dealt with by a patchwork of underfunded charities and royal-led organizations. 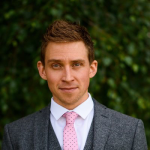