This is the third in History Matters’ series of blogs for LGBT History Month. All of the blogs will appear here as they are posted.

“A local authority shall not – A) Intentionally promote homosexuality or publish material with the intention of promoting homosexuality; B) Promote the teaching in any maintained school of the acceptability of homosexuality as a pretended family relationship.” 1

At first glance, the above statement reads much like the ban on the “propaganda of non-traditional sexual relations among minors” in Russia, where the Winter Olympics are currently being held. Look closer and perhaps the involvement of “a local authority” gives a better clue to the statement’s origins. This excerpt is taken from the United Kingdom’s Local Government Act of 1988, and this part in particular is better known as Section 28.

Similar to Russia’s current laws, Section 28 set out to ‘protect’ minors from homosexuality. The clause was included in the Local Government Act when fears that school children were being taught inappropriately arose, after it emerged that a book about a young girl living with her father and his boyfriend, ‘Jenny Lives with Eric and Martin’, was included in some school libraries. The law was repealed in 2003 in England and Wales, whilst I was in secondary school. Looking back, I received absolutely no education about LGBT history, rights, politics or lives (although perhaps partly because I was in Catholic education). I don’t recall knowing anything about Section 28 until I started to research the representation of same-sex love in public history, and it soon became clear to me that the impact of Section 28 was as significant in public history institutions as it had been in schools.

As part of the research for my PhD thesis, I’ve looked at UK museums, their exhibitions, collections and ongoing projects, and how they include the history of same-sex love within these. In 2000, before the repeal of Section 28, some two-thirds of museums in England and Wales operated with local government funding, meaning that they were directly banned from “intentionally” promoting homosexuality. 2 Though no one was ever prosecuted under Section 28, the majority of museums did not want to take the risk in being the first, and so Section 28 became the excuse used to keep LGBT history hidden. It is worth noting that some museums did actively collect and exhibit LGBT history: Croydon Museum and Heritage Service collected material relating to LGBT history to include in their Lifetimes exhibition, and the Museum of London staged the first major exhibition on LGBT history in 1999 with Pride and Prejudice, both of which were symbolic and admirable risks to take. On the whole though, 15 years worth of collecting, exploring and celebrating LGBT histories was missed as a result of Section 28, and that impact is still felt today. Outside of LGBT History Month, set up in the wake of the repeal, representation of LGBT histories remains limited and marginalised.

I think this is because Section 28 said far more than the words written in the act itself: it was a symbolic act as much as it was real on paper. It told local governments, and society in general, that to promote a homosexual lifestyle as acceptable was inappropriate and that children had to be protected from the knowledge of it, just as Russia’s law does. Also in Russia, Putin has defended the propaganda law, saying it does not persecute LGBT people per-se. But it does, and so too did Section 28. It sent a message to society that being homosexual was wrong; it sent a direct message to young people that there would be no support for them in schools if they were to suffer homophobic bullying; and it sent a message to museums and other public history institutions that they could not promote or represent the history of homosexuality.

Museums and archives have only had the legal freedom to discuss and represent the history of homosexuality in the past 10 years, and there remains a great deal of catching up to do. Although the 10 year anniversary of the repeal of Section 28 in November 2013 went by largely unnoticed by the British press, who have been so vocal in defending LGBT rights in Russia, its long-term impacts are still undeniably with us. As we show solidarity and support for the LGBT community in Russia, the UK must remember that we have a long way to go to repair the damage caused by Section 28, and that public history has a significant role to play in this.

Claire Hayward is a PhD student at Kingston University working on representations of same-sex love in public history. You can find her on twitter @HaywardCL and follow her own blog here http://exploringpublichistories.wordpress.com/ You can read Claire’s other History Matters blogs here. 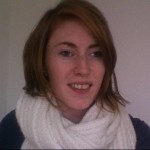