Queer biblical studies involves reading the Bible closely and asking questions about what preconceptions influence the ways we approach and engage with the text. I’d like to invite Farron to ask himself similar questions because, in his resignation statement, he cited his commitment to biblical teaching as incompatible with leadership of his liberal political party.

Farron’s Christianity has long been a focus in (not of) his leadership, and he has been subject to persistent questioning about his stance on LGBT+ issues in light of his religious beliefs. For much of his tenure he obfuscated when asked whether he considered gay or same-sex sex sinful, only providing a definitive answer – no – in the run up to the 2017 general election, shortly before his resignation. The delay in providing a clear answer, the earlier inconsistency, and the citation of biblical beliefs have led to scepticism of his asserted standpoint. As such it is worth reconsidering the relationships between politics and biblical Christianity, particularly in the intersection with LGBT+ issues, in contemporary public life.

There has been much discussion of the continuing presence of religion in political discourse. Yet Farron’s claims seem out of kilter with not only the political climate but with the complexity of Christian belief and practice. Farron grounds his sense of integrity in the Bible, and that must be core to the way his politics and theology are undertaken. So let’s look again at these biblical teachings, and ask whether it’s possible to approach them from an LGBTQ+-inclusive stance with integrity.

In doing so, we must go back to the question of what assumptions and preconceptions underpin our reading before asking what the texts may say to us today.

Firstly, it is important to acknowledge that sexuality, as we understand it today, is a relatively new concept. Let me make the implications of this abundantly clear: there is no heterosexuality in the Bible, no homosexuality, no bisexuality. It does not and cannot exist in the text.

Instead, we have a collection of stories of relationships and moral teachings with afterlives. They have legacies and meaning placed upon them, which in turn are used to justify and reinforce androcentrism, patriarchy, rape culture, homophobia, cisnormativity, heteronormativity.

Specific texts, like the story of Sodom and Gomorrah in Genesis 19 (from which we get the term ‘Sodomy’), have become synonymous with God’s condemnation of homosexuality so that the texts themselves end up barely distinguishable from the meanings they’ve acquired.

It shows how the Bible is far from a benign text, entirely divorced from wider society, and it warrants considered analysis. It is therefore all the more important to articulate the distinction between what a text says, and what it means.

So when Tim Farron, and others, suggest or imply that the Bible justifies their stance, they have a point. Stories like Adam and Eve are used to justify the gender and sex binaries and to deify heterosexuality, especially through the model of complementarity,

Ken Stone describes this story as the heterosexual contract, because that it what it has come to mean and how it is used today. It is no surprise at all, therefore, that the assumptions of heteronormativity, cisnormativity and male supremacy predominate readings of the Bible. What I would like to emphasise, however, is that it can be read differently: the conclusions about gender and sexuality are not foregone.

Challenging these perceived norms is an ongoing and contested field of work, partly because it is so difficult to admit the impact of such preconceptions on the way we read. That doesn’t diminish the importance of doing so, and Farron’s resignation statement highlights exactly why such work is so important.

The biblical texts themselves provide indications of alternative readings if only we are willing to see them. We rarely stop to ask whether it is in any way anachronistic to identify heterosexual and model relationships amongst cisgender characters in the Bible. In which case, why shouldn’t we consider the possibilities of homosexual/homoerotic relationships and trans characters?

In the recently published Transgender, Intersex, and Biblical Studies, Deryn Guest explores how the chaotic source of God’s creation (Tehom) is genderqueer/nonbinary and is described in both male and female terms. Guest argues that this has repercussions for those who identify outside the gender binary.

The assassin Jael (Judges), depicted in art as a femme fatale, similarly is described using both male and female terminology. These examples are far from isolated and offer insight into gender diversity and complexity rarely acknowledged in the majority of biblical scholarship or acts of worship.

The patriarchal families of Genesis headed by Abraham, Isaac, Jacob, Joseph include myriad examples of gender and sexuality (Genesis 12-50). Joseph – of the amazing technicoloured dream coat – could consider that coat as a beautiful princess dress. Jacob performs drag to convince their father they are their hypermasculine twin brother, Esau, while Esau comes across as a ripped and muscular bear.

Beyond the patriarchal narratives, David and Jonathan – whose love is described as beyond that for a woman– and Ruth and Naomi have long been recognised as queer role models for LGBTQ+ religious practitioners. Ruth‘s words of love to Naomi are regularly used in (different-sex) marriage services.

All these stories are found within the biblical canon. Far from being anachronistic or irreverent, these readings apply on well-established research methods and draw out themes which are masked through the perception that heteronormativity and cisnormativity are beyond scrutiny.

If that is the case, then it is cisnormativity and heteronormativity that are praised and valued far beyond the biblical teaching which Farron references as so essential to his politics and theology: what a sad and disappointing state of affairs!

Perhaps that is exactly why he is suspicious of the scrutiny placed on what he believes and who his faith is in. So, as religion and politics finds itself once again in the public consciousness, and the Liberal Democrats try to find another leader, let us intentionally place politicians under scrutiny and question their – and our own – integrity.

Let’s ask: what and who do you believe in, and how are you going to enact that in your politics and, if appropriate, your theology?

Jo Henderson-Merrygold is a WRoCAH funded PhD student in SIIBS. Jo’ research uses and adapts queer theory and gender studies in order to propose a new genderqueer hermeneutic for reading biblical narratives. Taking queer biblical studies away from a focus solely on sex and sexuality, Jo asks readers to consider the ways we infer gender on to characters, and then reflect those back into contemporary life. Jo is also co-director of Hidden Perspectives. You can find Jo on Twitter @Jo_H_M.

This post was slightly edited for clarification on the author’s decision to frame this piece in the context of Tim Farron’s resignation as leader of the Liberal Democrats.

Header image: Tim Farron speaking at a rally [via Flikr].

You can find the original version of this article at The Queerness. 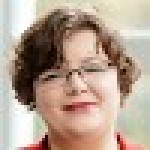