In April 1961, a reader named Victor de Blancpré sent a letter to François Cavanna, founder and editor-in-chief of Hara Kiri magazine and Charlie Hebdo, saying: ‘Never have I read such a heap of insanity and foolishness. It’s disgraceful! I’m suffocated with indignation. You disgraced the French press. You must be thinking you are very smart? Let me tell you that you are actually stupid and mean’. [1]

The bête et méchant humour, a trademark of Charlie Hebdo, is impossible to define. It has elements of satire but it is not unequivocally satirical. It displays an anarchic spirit but is not anarchist. It attacks the Catholic Church but anticlericalism cannot be considered its self-proclaimed identity. There is no doubt that Cavanna distilled the loathing he felt for the Catholic Church, and the Pope in particular, into many of his editorials, but nowhere in 1970s’ Charlie Hebdo could an attack on Islam or Muslims be found.

Through deliberate strategies of inflation and misrepresentation, Cavanna established a doctrine that intentionally singled out and exposed idiocy, imbecility, and malice in people. It deliberately celebrated existing idiocy and nastiness by adding more of its own, going farther to ‘the point of absurdity, to the point of odiousness, to the point of grandiloquence’, in Cavanna’s words.

One thing is for sure; a satirist will very often propagandize for his own way of writing satire.  He can define it in moral terms, or in terms of wit, humour, self-derision, iconoclasm or the carnival spirit. Frankly, the bête et méchant humour is so absurd that it’s hard to determine whether it has any critical value. If it succeeded at anything, it would be that it shocked and repulsed, while running the risk of reinforcing the existing and widespread discriminatory behaviour it satirised.

Charlie Hebdo comes out of a dizzying array of forms of humour: satire, irony, farce, hyperbole, darkness and morbidity. It was no coincidence that Hara Kiri’s first three issues in 1960 deployed the term “journal satirique” as a subheading. By so doing, the magazine classed itself within the borders of the satirical tradition, while soon afterwards adopting “journal bête et méchant” as a label that does not resemble or refer to anything recognizable. Cavanna’s prescribed identity for his paper, in the 1970s, was intentionally unclear, due to the fact that it was a new enterprise still growing and trying to position itself within the press market. This fluidity was also due to a desire to identify with having an overlap of, or indefinite lines between humour and satire, moving freely between the two genres. Like a catch-all category of press, the publication called itself something that did not place a label on its identity.

However, when Philippe Val, with a hope of starting his own newspaper that would voice his interests, decided, along with several ex-Charlie Hebdo contributors, to resurrect Charlie Hebdo in 1992 after a ten-year hiatus, what ensued was critical in shaping the future of Charlie Hebdo as we know it today. Under Val, Charlie Hebdo became positioned at the centre of a conflicted political debate dominated by dichotomies of freedom of speech versus hate speech, anti-islamophobia and anti-Semitism. Such dichotomies cannot contain the complexity of political satire. The magazine became just too serious.

Over the past thirty years Charlie Hebdo, a large fraction of mainstream media, and a certain ‘intellectual class’ shifted public attention to new social questions, with free speech, laïcité [state secularism], and French national identity at the forefront.

A social and political crisis that became more visible in the aftermath of the Charlie Hebdo shootings was preceded by a certain flow of anti-Islam rhetoric which has come to characterize French public life. This is exemplified by Michel Houellebecq’s novel Soumission (January 20015) as well as the success of Eric Zemmour’s Le Suicide français (2014) which laments the failed project of integration of Muslims into the French society, or his previous essay Mélancolie Française (2010). When interviewed by the Corriere della Sera, Zemmour was quoted as saying that France should consider deporting Muslims. The abundance of the best-selling literary works which treat the question of Islam in France tells us that Charlie Hebdo once again finds itself preaching to the choir.

The consensus around the importance of protecting certain Republican values has shaped the debate in the 2017 elections. One look at the editorial of Gérard Biard, editor in chief, in the Charlie Hebdo’s survivors’ issue published on 14 January 2015, showcases the fixation on questions of republican norms and values almost exclusively focusing on freedom of speech and laïcité (rather than égalité and fraternité):

“We will hope that starting from 7 January 2015; the firm defense of laïcité will be granted for everyone…Yes, the Israeli-Palestinian conflict is a reality; yes, international geopolitics is a succession of manœuvers and dirty tricks; yes, the social condition of what we call ‘communities of Muslim origins’, in France is profoundly unjust; yes, racism and discriminations should be fought relentlessly. Fortunately, there exist several tools to try and resolve these serious problems, but they are all inoperable if one thing is missing: laïcité.” [2]

Laïcité, from Charlie’s perspective is thus the backbone of the Republic, and is the solution to the social fracture. The French elite’s obsession with Islam has demonstrates how, historically, the ruling classes have always prioritized the language of freedom over equality. As one article put it: “Many Muslims in France feel marginalised because of their low economic status. Yet, the question of their social integration returns continually to the issue of secularism and whether or not this secularism, the benchmark of French values, is compatible with Islam.” It is thus clear that talking about laïcité when the conflict with the Roman Catholic Church is long gone in France means that the object of debate has changed to: how best could the republic manage multiculturalism? [3]

[1] Some argue that the article was not sent from a reader but was actually written by Cavanna himself. The magazine did publish a few ‘fake’ but satirical readers’ letters over the years.

[3] To read more on this topic, Abi Taylor argues that: ‘The [French] state invokes universalism and secularism to reserve the right not simply to determine who can become a member of French society, but more generally to maintain a stronghold on symbolising Frenchness. And so the state defends the republic’s indivisibility, unity and social and moral order – no more so than when the nation perceives itself plagued by insecurity.’

Imen Neffati is a PhD researcher at the History Department University of Sheffield researching the history of the satirical press in France from the 1960s to the present with a special focus on Charlie Hebdo, questions of free speech, and the right to offend. 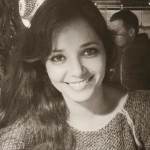