In late September, the recipients of the MacArthur ‘Genius’ Grants were announced, among them a history professor at Boston College, Robin Fleming. In press articles, the foremost reason cited for Fleming’s success was her “artful blending of archaeological and textual sources”. This annoyed many archaeologists. Please do not misunderstand; this is not a statement on the quality of Fleming’s academic work or whether it merited the grant. It is rather a commentary on the representation of archaeology that accompanied it.

The descriptions in these press articles (both by journalists and attributed to Fleming) of archaeology and archaeologists are incredibly condescending. While Fleming gives credit to her department, colleagues, and students, it seems there is little left for the archaeologists who are responsible for excavating the artefacts and producing the reports that she uses extensively in her own research.

Instead we are told that most archaeologists are not interested in looking at the full range of archaeological material being excavated, “against the background of the kinds of questions that drive historians, and writing a compelling story about the lived experience of people of the past.” I dearly wish someone had told me this before I embarked on a PhD investigating the burial practices in Medieval England during the Black Death – using both historical documents and archaeological data – in an attempt to locate the millions of victims as yet unidentified. Perhaps I should ask my Archaeology peers if they might consider this “artful blending” approach for their own research? (I suspect this would not be a good idea, unless I am prepared to run… very quickly).

The combining of archaeological and textual sources is not a novel approach to researching the past (the discipline of ‘Historical Archaeology’ comes to mind). The presentation of it as such is not only insulting to archaeologists (and historians) for whom it is a standard (and indeed essential) practice, it is also perilous. At a time when the heritage sector – and heritage – is under constant threat, the misrepresentation of archaeology only makes it more difficult to convince the public, developers, and governments that it is worthy of investment (both financial and social).

Even allowing for journalistic flair, direct misquotations, and judicious editing, across these articles Fleming’s comments belie the fact that she must be aware of how the past is already being researched outside of America – and in all probability inside America – with interpretations based on information obtained from multiple disciplines. It is the apparent dismissal of this knowledge that is most exasperating.

Aside from what is omitted, the most outstanding quote 1 included in these articles, Fleming’s description of archaeological reports as “soul destroying”, does little to help our common cause (preserving and understanding the past) – to say nothing of how unbelievably offensive it is. Instead of being lambasted for being boring, archaeologists should be applauded for their efforts to meticulously record details that at the time may seem superfluous, but in the future may prove vital in our interpretation of the past (archaeology is, after all, a destructive process). While few archaeologists would disagree that our reports can sometimes make for dull reading, I do wonder if Fleming has ever considered why this is the case?

Furthermore, contrary to what Fleming states, most archaeologists (whether they are university- or commercial-based) would very much like the opportunity to write a “compelling story” about the “people of the past”. In actual fact, many do, but unfortunately, given the harsh realities of the current state of archaeology, the opportunities do so are becoming fewer and further between.

With the present funding, or lack thereof, for archaeology (be it rescue-, development-, or research-led) it is often considered a success if anything more than a basic report is produced, never mind when it is produced (I am currently waiting on the report from a 1993 excavation to be completed, so that I can access it for my PhD research). How many “compelling stories” do you think archaeologists could write if we had $625,000 (£400,000) and five years?

As an archaeologist I am quite tired of being under-paid; but perhaps even more, I am absolutely exhausted of being under-appreciated. I am willing accept that perhaps archaeologists themselves need to become better at explaining what exactly it is that we do, to foster better understanding – and with it, merited appreciation – so consider this my first step into the void (note: there are others here).

It is encouraging to read that Fleming is keen for collaboration between disciplines and departments to occur; it is an important research practice that all academics should support. However, I am not sure that her recent approach will have endeared many archaeologists towards historians, which is a shame because I am sure that most of you are lovely.

I do hope that by opening a dialogue to discuss our differences (of opinion) we might finally start to realise our similarities. When it comes to the past, we are in this together – and that is only going to become more important in the future.

Alison Atkin is a PhD student at the Department of Archaeology, whose research concentrates on the demographic characterisation of mass fatality incidents in the past and the present – in particular the plague. If you’d like to hear more of Alison’s work, you can read her own blog Deathsplanation and find her on Twitter @alisonatkin.

Image: The citizens of Tournai bury their dead during the Black Death. Miniature from manuscript, Belgium, 14th-century (CC-PD) 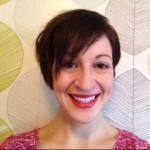