Conservative grassroots activists have reacted angrily to David Cameron’s suggestion to Conservative MPs that they should ignore the views of their constituency associations in the forthcoming EU referendum. The Prime Minister is concerned that proposed boundary changes potentially allow constituency associations to coerce sitting MPs through the threat of de-selection. In a letter published in the Sunday Telegraph, forty four representatives of constituency associations from across the UK accused Cameron of showing them disrespect. The Prime Minister would do well to heed the lessons of history before picking a fight with his grassroots over the UK’s place in the world.

Many of Cameron’s predecessors experienced problems managing grassroots disaffection. On contentious issues ordinary party members worked with backbench MPs to put pressure on Conservative ministers. These rumblings of dissent rarely overturned or vetoed government policy, but they nearly always caused considerable public embarrassment to Conservative governments. Behind the scenes, ministers often had to work hard to rein in disruptive activists.

The ability of grassroots Conservatives to flex their muscles was apparent as early as the Edwardian period. Enthusiasts for imperial preference took control of a large number of local constituency associations and even the party machine. With this power base they tried to coerce the party leader, Arthur Balfour, into adopting the policy. But the voting public was presented with a party at war with itself and the Conservatives were defeated at the two general elections held in 1910. 1

The thirties witnessed some of the most momentous clashes between ordinary Conservatives and their leaders. In 1930–31 the revived campaign for imperial preference almost toppled Stanley Baldwin from the party leadership. Even after securing his position, Baldwin’s support for Indian self-government ensured that he remained the focus of grassroots unease. 2

Conservatives in Lancashire were especially vocal in expressing their frustration. They believed that granting extra powers to Indian politicians risked further diminishing the county’s lucrative export trade in cotton goods. When the India Office Minister, Rab Butler, visited Lancashire to reassure local opinion, he was able to speak for only a short time as Conservative activists assailed him with questions. And at the 1934 party conference, grassroots representatives from across the UK came close to opposing the Conservative government’s India policy.

Empire remained a sensitive issue for ordinary Conservatives. There were rumours in the late thirties that Neville Chamberlain considered ‘returning’ former German colonies – under British administration – to appease Nazi Germany. It provoked a strident response from local constituency associations. And a large majority at the 1936 party conference successfully warned Chamberlain against it. 3

The Conservative government’s handling of the Suez question in the mid-1950s, its decolonisation of a succession of African states in the 1960s, and the front bench’s failure to support the white minority in Southern Rhodesia, all provoked expressions of grassroots dissatisfaction that undermined party morale. 4 Following the Conservative party’s election  defeat in 1964, this growing sense of discontent found a vehicle in the Monday Club.

Committed to traditional Conservatism, the Monday Club was especially active in opposing immigration from the ‘New Commonwealth’ and legislation promoting better race relations. 5 The Club’s highly visible support for white Rhodesians at party conferences throughout the sixties and seventies was a source of embarrassment to leading Conservatives. Edward Heath seemed unable to placate or marginalise the Club. Its rise was only halted by bitter internal disagreements over Europe and infiltration by the National Front. As in 1910, these public displays of internal strife contributed to the Conservatives’ defeat at the two general elections called in 1974. 6

Margaret Thatcher’s populist style of leadership diminished grassroots disaffection, but the less forthright approach of John Major revived it. His handling of Europe led to regular displays of disillusionment at party conferences. Defeated at the 1997 general election, the strongly Eurosceptic grassroots then enjoyed a pyrrhic victory when Major’s successor, William Hague, changed the rules for leadership elections – a change that saw Iain Duncan Smith elected as leader after another election defeat in 2001. 7

The party’s third defeat in a row in 2005 required the grassroots to think again about the party’s electoral appeal. Many hoped that Cameron might do for the Conservatives what Tony Blair had done for Labour a decade previously, but the need for coalition with the Liberal Democrats from 2010 to 2015 proved a testing period for many ordinary Conservatives. Cameron’s personal enthusiasm for equal marriage provoked a backlash, but the long-term pressure came from UKIP, who now supplied a viable alternative for disgruntled Conservative Eurosceptics and kept pressure on Cameron to deliver a referendum on EU membership.

The 2015 election victory has recast the European question for the party membership. Not only has it forced David Cameron’s hand on holding a referendum, but in signalling to Conservative MPs last week that they should support his negotiations regardless of ‘what your constituency association might say’, the Prime Minister has effectively picked a fight with his own grassroots over the UK’s place in the world. History suggests that he might just win, but it may be at the expense of party unity and electoral credibility.

Neil Fleming is Senior Lecturer in Modern History, University of Worcester. He is the author of The Marquess of Londonderry: Aristocracy, Power and Politics in Britain and Ireland (London, 2005). His most recent publication is ‘Lancashire Conservatives, Tariff Reform, and Indian Responsible Government’, Contemporary British History (2015) [subscription required]. 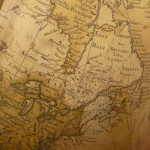