Fifteen years ago today (December 10th 2003), Angela Cannings walked free from court, after over a year and a half in prison. She had initially been convicted of murdering two of her own children. Jason died in 1991 (aged seven weeks) and Matthew in 1999 (aged 19 weeks). The prosecution alleged that she had smothered them to death. Cannings consistently maintained that their deaths were from natural, but medically unexplained causes. Both convictions were quashed on appeal. The key issue was whether the deaths of the children were simply two instances of what is known colloquially as ‘cot death’ (Sudden Infant Death Syndrome (SIDS)), or of deliberate smothering.

The case was bound up in many ways with questions of expert evidence in court, especially that of (then) eminent paediatrician Professor Sir Roy Meadow. He had described a rare form of child abuse that he named Munchausen Syndrome by Proxy (MSbP) in 1977. In MSbP children have illnesses faked or induced in them by one of their parents or caregivers, who are supposed to be doing it for attention, or some form of recognition. It is now known as Fabricated or Induced Illness (FII) by Proxy. Meadow became an authority on child abuse and infant deaths and his testimony was used in legal cases for the prosecution in the 1980s and 1990s. His shift from looking at prolonged fabrication of illness to SIDS has been covered elsewhere.

The quashing of Cannings’ convictions followed the quashing of a similar conviction for baby murder of Sally Clark in January 2003, and the acquittal of Trupti Patel in June of the same year. All three cases had featured Meadow’s evidence.

One of the interesting things here for historians of childhood and child abuse is how different explanations for child death, illness or maltreatment emerge in historically specific ways. Meadow’s 1977 naming of MSbP emerged from hospitals, and many of his cases were based upon repeated presentations of unexplained severe illness episodes. Cases would present and re-present over months or years, with huge numbers of tests being ordered to no avail. Eventually suspicion fell upon the mother, who normally in these cases ‘lived in’ hospital with her sick child, rarely leaving their side. Typically, in the early literature, when the mother was excluded from the hospital, symptoms subsided, and the child became well again. The inference was then drawn that it was the mother causing the symptoms.

In the aftermath of the Clark, Patel and Cannings cases the tide of public opinion turned against the very idea that mothers might harm or kill their children in this way. In January 2004, Government Children’s minister Margaret Hodge questioned “whether this is a proper diagnosis”; opposition health spokesman Lord Howe was more forthright, calling it “one of the most pernicious and ill-founded theories to have gained currency in childcare and social services… It is a theory without science.” The public tide had clearly turned. Meadow was struck off the medical register in 2005 for misleading statistical evidence given in Sally Clark’s trial, but reinstated a year later.

Awareness of different kinds of child abuse ebbs and flows in distinctive, historical ways. Explicit awareness of child (physical) abuse in hospitals emerged in the early 1960s through the practice of routine paediatric X-rays. (Child sexual abuse, which is now the most common meaning of the term ‘child abuse’ in British and North American paediatrics, does not take on this meaning until the 1970s, according to Ian Hacking). In Denver, Colorado, in the early 1960s, healing fractures in small babies were discovered, without being accounted for by histories given by the parents. Doctors concluded that these babies had been beaten. This issue of physical abuse, which bubbled along largely under the radar in Britain – despite some NSPCC reports in the late 1960s – exploded into national significance in England in 1973. Nine-year-old Maria Colwell was beaten to death by her stepfather while supposedly under local authority supervision. In the investigations into her death, guidelines were established to promote cooperation and information-sharing between the police, hospitals and social services.

This is the initial context for Meadow’s theory of MSbP: in a hospital environment, and one of heightened suspicion and concern. There was scope for extended contact between various agencies that could provide evidence that maltreatment might be occurring. As mentioned above, during the 1990s Meadow’s concerns shifted from prolonged fabricated illness to SIDS or ‘cot death’. Meadow was interested because he thought some of these latter cases were actually instances of baby murder by smothering, for the same psychological reasons he thought were behind MSbP.

However, the context had changed: from huge amounts of evidence in hospitals, Meadow was then called in to give evidence in court where there had simply been more than one SIDS death in the same family. He repeated at Sally Clark’s trial a statistic from a study that proposed the chance of two cot-deaths in the same (affluent, non-smoking) family were of the order of 73million to one. This calculation excluded the possibility of genetic or many environmental factors from consideration. Other paediatricians calculated that if hypothesised genetic and environmental factors did indeed play a role, the chance of two SIDS deaths in the same family can be as low as 200 to 1. (This is the statistical error for which Meadow was initially struck off, but it is not the reason that the first baby murder conviction – for Sally Clark – was quashed.)

In any case, the context has changed between the late 1970s to the late 1990s (hospital presentations to infant mortality statistics). The environment that brought a particular kind of child abuse to light in the 1970s is far removed from the court cases being tried in the early 2000s. The broader social history of these cases and conditions matters. It may well be that child abuse has regrettably always existed. But these are human definitions, human problems, and they are managed within historically specific contexts, ideas and institutions. These are subject to sweeping changes in relatively short periods of time. The Clark, Cannings and Patel cases are so controversial because they straddle a period of rapid change in understandings of infant death, and the credibility of various theories around child abuse.

Chris Millard is Lecturer in the History of Medicine and Medical Humanities at the University of Sheffield. He is interested in British approaches to mental health, broadly conceived, and has written about self harm, child abuse and the philosophy of diagnosis. 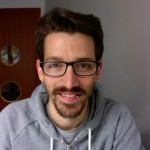