The role of opaquely-funded, right-wing think tanks, pressure groups, and lobby groups in the Brexit saga has been foregrounded recently. This is partially due to the surprisingly central role the Jacob Rees-Mogg-fronted European Research Group (ERG) has come to attain in the lead up to the original date for Britain leaving the EU and calls to revoke Article 50.[1] The longer history of such groups in British politics is underappreciated, however.

Think tanks and pressure groups played a role in the Leave campaign, though their influence is impossible to evaluate. Their efforts were only one part of the much wider array of forces presenting the Leave case and attempting to convince the electorate.[2] Aside from politicians and political parties – such as anti-EU Tory backbenchers, UKIP, and a smattering of Labour Lexit campaigners – sections of the British media, especially the tabloid press, also played a central role.[3] .

However, it is by defining how the withdrawal agreement should be managed, and the direction of Britain afterwards once outside of EU, that think tanks and pressure groups have been most influential. Different groups see Brexit as providing an opportunity for the radical overhaul of British society. Lexit advocates see it as an opportunity to reform Britain on more social democratic – or even socialist – grounds.

This, however, is wildly utopian. Unsurprisingly, the debate about how to reshape Britain post-Brexit among Leavers has come to be dominated by right-wing – often free market – voices, such as think tanks like the Institute of Economic Affairs and the Adam Smith Institute that are ideologically close, and often directly linked, to leading Brexiteers.[4] They see Brexit as a means of escaping EU regulations, enabling their ideal small-state, free trade Britain. This often joins with nationalist concerns. Some can even be plausibly described as nostalgic for empire: seeking Commonwealth nations as replacement trade partners is an obvious example. Such concerns are central to many in UKIP and the Conservatives, exemplified by Jacob Rees-Mogg having attended the annual dinner of the Traditional Britain Group, an organisation with a history of hard-line nationalism that veers into racism.[5]

Small groups focused on thrashing out policy, engaging in propaganda, and allowing politicians and ideological allies to interact have always been a feature of politics. Ginger groups, parliamentary committees, and dining and debating societies have been central to modern British politics.[6] But the growth of think tanks and similar organisations led to new, more professionalised forms. More funding can be directed at promoting certain causes, allowing teams of researchers and campaigners to be employed full time to both craft policies and political rhetoric and to build and maintain political and media networks to spread their ideas.

There was a boom after World War II. Right-wing think tanks and industry groups began to grow in number and influence as part of a ‘counterrevolution’ aimed at reversing the post-war Labour government’s social democratic reforms which had ushered in Keynesianism, a mixed economy, and the welfare state.

However, such groups began to emerge decades prior. The early twentieth century struggle between free trade and protectionism was a key moment, and an instance of political conflict with interesting resonances with Brexit.

It began in earnest with Joseph Chamberlain’s Tariff Reform campaign, championing imperial preference.[7] In one sense this was the opposite of Brexit, calling for Britain to become more closely enmeshed in an economic union, rather than leaving one. However, like with Brexit, there was also a deeper cultural aspect. Whereas those promoting Brexit value British identity and want to avoid becoming more politically and culturally tied to wider Europe, many proponents of imperial preference saw it as a way to rebuild a shared identity between imperial nations, particularly with the white-majority Dominions that had been granted political autonomy.

Chamberlain founded the Tariff Reform League in 1903,[8] and there were a number of industry groups which pushed for protectionism such as the Empire Development Union (EDU) and the Empire Industries Association (EIA). The Conservative politician Leo Amery played a key role, helping set up and manage the Imperial Fund, which covertly financed a range of organisations including the Trade Union Tariff Reform League.[9]

Free traders had their own organisations, such as the Free Trade Union. Whether they were decisive in nurturing popular support for free trade, or conversely a manifestation of popular feeling, Britain at the opening of the twentieth century has convincingly been described as having been a ‘Free Trade Nation’. Some of those involved in these efforts would go on to play key roles in setting up post-war free market think tanks and industry pressure groups such as Aims in Industry.

Elections fought over free trade vs protectionism resulted in Conservative electoral defeats in 1906 and 1923, but the protectionist pressure groups continued their efforts, while large sections of the press heavily pushed the policy.[10] By 1932, imperial preference was introduced at the Ottawa Conference. Whether the electorate had been swayed is hard to say as opinion polls had not yet been introduced and there was no referendum.[11] Yet politicians who favoured the policy believed – or could claim – they now had a mandate.

After Ottawa, groups such as the EDU and EIA rolled back their activities. The future course of action was relatively straightforward and decided directly by the executive.

Brexit is different. Only a stark choice between Remain and Leave was offered in the referendum, even though the possibilities for what happens after are much more open-ended. This has allowed right-wing political groups that had campaigned for Leave to assume an influential position.[12] This is not surprising given the rise in importance of such organisations, their close links to most of the leading Brexiteers, and the increasing impact of ‘dark money’ over politics.

Patriotic and free trade ideologies are combined in the Brexit visions of the most prominent Leavers. Somewhat ironically, it seems the two opposing sides of the free trade versus (imperial) patriotism struggle which led to the rise of the modern think tank and pressure group in Britain are now fused, and pushing for the same outcome.

Always on the sidelines? A historian’s view on Brexit by Eirini Karamouzi

The Postcolonial Clairvoyants? Seeing Brexit in the Writings of Paul Gilroy and Bill Schwarz by Liam Liburd

[1] This would put on hold, or even provide the possibility of cancelling, Brexit. The ERG is a Parliamentary research support group, consisting of a group of Conservative MPs which have used hundreds of thousands of pounds of tax payers’ money to fund its activities. However, it fits into a wider pattern of opacity that is the feature of many think tanks and pressure groups, with the ERG refusing to publicly reveal its membership list. There are also questions concerning its wider sources of funding, and many of its leading figures are closely connected to prominent right-wing free tanks and pressure groups.

[2] One of the more contentious elements have been claims of foreign interference in the referendum campaign, both state-backed as in the case of Russian propaganda and by private interests such as the US billionaire Robert Mercer. The latter has cultivated his own network of think tanks and alternative media companies, as well having financed Cambridge Analytica, the data analytics firm implicated in the breaking of electoral law.

[3] Tabloid newspapers such as the Daily Mail and the Daily Express were powerful champions of Leave, and decades of anti-EU stories featuring in their pages, many often being grossly inaccurate, helped lay the foundation for the Leave victory. The circulation of these titles has been steadily decreasing, which led some commentators to suggest their power was waning, but even aside from influencing their own readerships these titles helped set the wider media agenda, such as coverage across the BBC and especially the influential Today show on BBC Radio 4.

[4] For example, Rees-Mogg was one of the most high-profile champions of the Institute of Economic Affair’s post-Brexit policy plan.

[5] Mogg later said he regretted attending, but the fact he was trading on similar rhetoric and operating in linked networks led to his participation in the first place.

[6] This covers parliamentary committees and affiliated societies that are still important such as the Conservative 1922 Committee or the Labour Fabian Society, as well institutions that were more influential in earlier decades such as the Liberal Reform Society and cross-party dining and debating clubs such as Grillion’s, or imperialist groups such as the Coefficients and the Compatriots Club.

[7] This meant the erection of a protective tariff wall around the British Empire, designed to foster intra-imperial trade at the expense of non-Empire nations.

[10] Most notable was the Daily Express, acquired by Lord Beaverbrook in 1916.

[12] These groups are better able to promote their plans about how to reshape Britain’s post-Brexit future as many opponents of Brexit are focused on calling for a second vote. 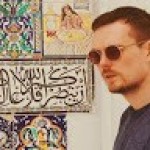