There is hardly a Christmas in memory upon which there wasn’t a war waged—or, at least, so it seems if one is tuned into American right-wing media. According to Bill O’Reilly in 2004, as a part of a plot to banish religion from the public sphere and bring forth a ‘brave new progressive world’, liberals were banning religious floats from parades and calling Christmas trees ‘holiday’ trees instead. Similar (but fewer) complaints have been made in the U.K.—say, about the use of the phrase “Winterval” instead of Christmas.  But fear not, dear reader. The great and powerful Trump has singlehandedly won the war on Christmas by making it acceptable to say ‘Merry Christmas’ again—a phrase which, according to Trump,  was never uttered publicly during the Obama years.

In reality, however, the so called ‘War on Christmas’ doesn’t exist. It never has.

Now, don’t get me wrong—there has been (what historian Stephen Nussbaum called) a battle for Christmas for centuries: a fight over how Christmas is celebrated. As Earl Count points out, December celebrations originate from pagan festivals (like Zagmuk and Saturnalia) which date back at least two thousand years before Jesus would have been born. And during the 300s, Constantine tried to Christianize these celebrations by declaring 25th December (the sun god Sol’s birthday) to be Jesus’ birthday. But it never really worked; people forgot the pagan origins sure, but throughout the middle ages (what came to be known as) Christmas was celebrated in mainly pagan ways: with drinking, feasting, and sex. It was so debaucherous, in fact, that the Puritans banned the celebration of Christmas all together.

Now, thanks to people like Clement Clarke More, Charles Dickens, and Queen Victoria, Christmas did make a comeback in the early 1800s—but when it did, it was again as secular drunken celebration. Thanks to capitalism, however, it was quickly domesticated into a holiday about giving gifts to your children (and, later, to nearly everyone you know). And once it was popular again, Christianity renewed its efforts to ‘Christianize’ it.[1] But despite what we now call it, ‘Christmas’ has never been celebrated, primarily, as a religious holiday. Christians lost that battle.

Once Christmas was popular again, however, it was very useful for vilifying one’s enemies. In the 1920s, for example, the anti-Semite Henry Ford claimed that Jews were waging a war on Christmas in his anti-Semitic tract, ‘The International Jew.’ In 1959 it was the communists that were targeted. The right-wing conspiratorial John Birch Society claimed that ‘One of the techniques now being applied by the Reds to weaken the pillar of religion in our country is the drive to take Christ out of Christmas.’ And in 1999, it was right-wing pundit (and founder of the hate group VDare.com) Peter Brimelow complaining about liberals using phrases like ‘Happy Holidays’ and government Christmas parties being called ‘A Celebration of Holiday Traditions.’ Of course, the phrase ‘Happy Holidays’ is just a short way to reference all the holidays celebrated in December and January. It dates back to at least 1863, and was popular (and uncontroversial) in the ‘30s and ‘40s—especially after the song ‘Happy Holiday(s)’ appeared in the 1942 movie Holiday Inn. But today, it’s use is viewed as ‘political correctness gone mad.’

The idea that there is a liberal war on Christmas really took flight in 2005 with the publication of John Gibson’s book The War On Christmas: How The Liberal Plot To Ban The Sacred Christian Holiday Is Worse Than You Thought and with Fox News’ Bill O’Reilly becoming obsessed with the idea that December—and (along with Fox News) remaining obsessed with it pretty much every December since. But, in reality, none of the events that they saw as ‘shots across the bow’ in this war actually occurred.  As I point out in the second chapter of my book The Myths that Stole Christmas, religious floats were not being systematically banned from parades. No school in Plano, Texas banned the colors red and green during Christmastime. [2] Ridgeway Elementary School in Dodgeville, Wisconsin didn’t change the lyrics to ‘Silent Night’ to eliminate all references to religion.[3]  And while it’s true that Democratic Rhode Island Governor Lincoln Chafee didn’t call the tree in the Rhode Island Statehouse a ‘Christmas tree’ in 2011, neither did the Republican governor Donald Carcieri from 2003 to 2010…and yet Fox News never made a peep.

It’s true, of course, that Walmart once encouraged (but did not require) its greeters to say ‘Happy Holidays’ (instead of ‘Merry Christmas’) because not all their customers celebrate Christmas. And there have been a number of lawsuits in response to courthouses or other government entities (like schools) putting up lone nativity scenes or otherwise favoring Christian ways of celebrating. But such actions do not constitute a war on Christmas. They are simply efforts to be more inclusive, and (in the latter cases) to protect against violations of the separation of church and state enshrined in the constitution. But there has never, ever, been any effort to make the celebration of Christmas, or the phrase ‘Merry Christmas’, illegal.

This, of course, hasn’t stopped people from trying to capitalize on the idea that there has. Rick Perry cited it as part of ‘Obama’s war on Religion’ in a 2010 campaign ad. Mitt Romney and Newt Gingrich did something similar during the 2012 Republican campaign. And, of course, Donald Trump cited the ‘War on Christmas’ numerous times during his 2016 campaign. Indeed, he (and his family) have been taking a victory lap ever since (2017, 2018, 2019) by declaring that he ended the war by allowing everyone to say ‘Merry Christmas’ again. This is why, without any evidence at all, or any clarity about what he meant, Trump this year declared that liberals are now waging a war on Thanksgiving. Declaring that your political enemies are waging a war on things that are universally loved is just too useful for vilifying them.[4]

Before you fall for it, however, realize: in 2005, when he was raging about the liberal War on Christmas, Bill O’Reilly’s website was selling ‘holiday ornaments’ to hang on your ‘holiday tree’, and the Bush White House wished everyone a ‘Happy Holiday Season’ in their ‘holiday card.’ And today, despite all the rhetoric, Trump’s online store has a ‘holiday gift guide’, a ‘holiday collection’, and wishes people ‘Happy Holliday’s’ [sic], and avoids the term Christmas altogether. The same is true in Trump Tower, where the word ‘Christmas’ is nowhere to be found.

In reality, the only wars on Christmas that have ever been waged were waged by Christians, either to Christianize it (like Constantine) or shut it down (like the puritans). But just one look around this December will show that these wars were the most unsuccessful wars in all of history. [5] Not only is Christmas celebrated in mostly secular ways, but in our society (unlike in Trump Tower) Christmas is literally everywhere—taking over the calendar and our entire economy for over a month every year. If there was a war on Christmas…Christmas won.

David Kyle Johnson is Professor of Philosophy at King’s College (PA) and author of the book ‘The Myths that Stole Christmas: Seven Misconceptions that Hijacked that Holiday. His latest book, Black Mirror and Philosophy: Dark Reflections, is available now. You can find him on Twitter @kyle8425

[1] By, for example, falsely declaring Jesus to be the ‘reason for the season’.

[2] Other towns where this supposedly happened include Saginaw Township, Michigan and Orlando, Florida. None of the stories are true. All the schools in question proved as much by posting their guidelines online.

[3] In reality, a church choir director had changed the lyrics to make them easier for children to learn.

[4] Indeed, the stories that circulate about the war on Christmas are part of a larger, absolutely false, ‘Christian victimization narrative’ that tries to paint Christians as a persecuted minority.

[5] And the only causalities were these poor birds. 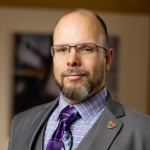