Which famous event of the 1930s am I describing?

On a Sunday in early October, a crowd of over 100,000 protesters massed in the streets of London to prevent a column of 3,000 or so black-shirted members of Oswald Mosley’s British Union of Fascists (BUF) from marching to celebrate the anniversary of their movement’s establishment. Around 6,000 police officers attempted forcibly to clear a path for the march, but met with violent resistance from the anti-fascist crowd, who threw missiles and erected barricades, leading to 113 arrests.

Even if you didn’t already know the subject of the blog, your answer would probably be ‘The Battle of Cable Street’. You would, however, be wrong. The event described took place a year later and just one mile away, in Bermondsey.

The battles of Cable Street and Bermondsey were in many regards almost identical; all of the details listed above apply to both, apart from the final statistic: at Bermondsey, 113 arrests were made; at Cable Street, only 88. This reflects the fact that Bermondsey was actually even more violent, with Communist mouthpiece the Daily Worker claiming that the anti-fascist crowd was larger than a year earlier and that ‘London has not witnessed such bitter street fighting for years’.

So why has Bermondsey been almost entirely forgotten whereas Cable Street remains so deeply imprinted in our collective memory? In large part because the fact that Bermondsey even happened conflicts with the mythologised memory of Cable Street, which holds that the 4th of October 1936 marked, in the words of anti-fascist activist Morris Beckman, a ‘watershed event’ that had a ‘devastating…effect on the fascists’; it was ‘the very moment…the tide began to recede…Never again did the fascists attempt such a march’.

Clearly the fact that the BUF actually did hold a remarkably similar march just a mile away the following year undermines this narrative. And in doing so, it also highlights an inconvenient truth about Cable Street, one that suggests we have for decades been drawing the wrong lessons from the battle. For, while the fascists may have been defeated on the 4th of October itself, in the longer run the event did nothing to damage their prospects, and in fact even provided them a boost.

As I have written elsewhere, the aftermath of Cable Street saw a huge wave of new members join the BUF’s East End branches. At local elections in March and October the following year, Blackshirt candidates received thousands of votes in east London. Worst of all, Cable Street was used by the fascists as the basis for a significant escalation of their viciously antisemitic propaganda campaign, while physical violence against Jews also increased.

In fact, this had been precisely the BUF’s plan when organising the 4th of October march. The fascists were fully aware that they would be hugely outnumbered by their opponents, and actually hoped for aggressive disruption of the event, as it would provide much-needed publicity for a dying movement and played perfectly into Mosley’s carefully cultivated image of victimhood.

These facts may surprise many, and will anger some; yet they are well established in the historiography. I should also emphasise that none of this is to downplay the courage of the Cable Street protesters or the worthiness of their cause, particularly for the Jewish participants, who had been subject to months of fascist intimidation and abuse in the East End.

However, if we are to learn from history, understanding the true course of events is vital in order to draw appropriate lessons. This is especially important with regard to Cable Street, because memory of the battle is not just commemorative, but also functional, used to inform and inspire today’s struggle against the xenophobic far right. In particular, it has left the impression that the best way to defeat fascism is through mass protest and physical confrontation.

Thus we see Unite Against Fascism describing Cable Street as a ‘turning point in the struggle against fascism’ that can inform ‘how we defeat the growing threat of the English Defence League’. Or anti-racism campaigner Kumar Murshid speaking to East End residents about the struggle against the EDL, declaring that ‘we’ve fought the fascists on the streets in…[the] past’, and ‘our unity and our numbers will demonstrate yet again that no fascist of any kind is going to come to the streets of London’. Or, most explicitly, the Midlands Anti-Fascist Network recently rallying supporters to a demonstration against Britain First with the words: ‘Listen to the ghosts of Cable Street…let the boots do the talking’ (themselves an allusion to the lyrics of anti-fascist punk bank Oi Polloi).

It should be noted that (non-violent) mass demonstrations against fascism do have a place. In particular, they can be useful as a display of the scale of opposition to a rising extremist movement, and in provoking such a movement to reveal its true nature (as happened at the BUF’s 1934 Olympia meeting). 1

However, when a movement is already on the political margins and has little support, as was the case with the BUF by 1936, mass displays of opposition unnecessarily gift it public and media attention, creating a platform for its hateful message. Moreover, if done aggressively, they can elicit sympathy for the far right in some quarters and superficially substantiate its victimhood narrative.

In fact, it is the aftermath of Bermondsey that offers the real lesson of the 1930s. By late 1937, the organisations that had been prominently involved in aggressive anti-fascism were changing tack. The Communist Party’s central leadership now sought to create a Popular Front of left-wing and centrist forces, which meant moderating its approach to attract broader support, bringing it closer to the non-confrontational anti-fascism of the Labour Party. Grassroots Communist activists in the East End, such as Stepney leader Phil Piratin, were also increasingly pursuing a policy of combating the BUF ideologically, rather than physically.

Meanwhile Jewish anti-fascist organisations that had been involved in organising the Cable Street demonstration, such as the Jewish People’s Council, acknowledged that the event had led, in the JPC’s words, to an ‘intensification of fascist Jew-baiting and…terrorism’. They therefore also started to move away from confrontation, and sought increasingly to coordinate their efforts with the more conservative official Jewish communal leadership.

Thus, from 1938, British Jewry was able to rally behind a unified approach to British fascism, which focused on intelligence gathering (including infiltrating fascist organisations), working alongside the authorities to restrict fascist activity, and producing counter-propaganda.

The growing cohesion and moderation of Britain’s diverse anti-fascist forces helped to starve the fascists of the conflict they desired and to squeeze the political space available to them. While such methods may be far less dramatic and inspiring than the type of street activism represented by the Battle of Cable Street, they offer the true lesson that should today be drawn from the successful struggle against fascism in the 1930s.

Daniel Tilles is an Assistant Professor at the Pedagogical University of Kraków and is the author of British Fascist Antisemitism and Jewish Responses, 1932-40 (Bloomsbury). You can find Daniel on twitter @danieltilles1. 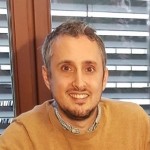